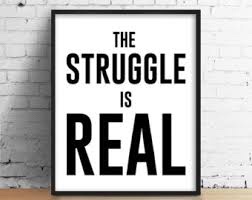 I’ve struggled with whether or not I should share this story, but ultimately I know it may be meaningful to someone else. Our testimonies are not our own, but rather for others to know there is another side of through.

2017 was one of the most challenging years of my adult life. In 2016 I moved to Los Angeles without a car, a job and a stable home. I know that sounds crazy, right! The good news was I landed on my feet. I secured a position within the first few months and I worked at Nickelodeon in publicity for about six months until my contract ended.

From there, I was lucky I had several different terrific interviews and decided on a small PR agency that provided a good learning lesson, but it wasn’t the most stable. Several months into the role one day after working and successfully pitching several clients, I was told I was being let go after one of our clients filed for bankruptcy. I won’t go into too much detail about the company, but I had known spiritually for a while that something was off.

After passing on 3 of the biggest companies in PR and Entertainment for the role, I was left searching for a job. This is an LA and creative thing, but that also meant I did not have much of a safety net. For about two months, I was left with little or no money. The bad timing of the incident was compounded by the fact that I had agreed to move out of the apartment I was sharing.

*Deep Sigh* so on June 21st I moved out as promised and had to live on friend’s couches and in hotel rooms for the next few months. I was homeless. I moved six times in about 2.5 months. It was honestly one of the most difficult spiritual experiences of my life. I have never cried so much and I have never been so disappointed in God like I was during those times. If you know anything about LA, you know that the housing market and situations are too tricky. It is incredibly tedious and challenging and you are not moving in without several thousand dollars and employment for at least three months, so my issues were a serious roadblock. Sure, I could have called my family and asked for help and easily had the problem solved, but that would only be a temporary fix.

I contemplated packing up and moving home and leaving LA. By the time June 21st hit, I had secured a new job, but that also meant that I had to pay off a lot of debt from not working. Things were tough. I applied to every position possible. I received no offers or received offers that would exacerbate things more than help. I did not share my story at the time because I was ashamed and I had not fully processed the experience.

That experience taught me several things:

From the situation, I shifted my focus to the positive things and acknowledged the bad. I just CHOSE not to sit in the bad.

I began saying thank you every day despite how those days looked. Thanks when it was terrible and gratitude when it was good. When it was awful, I was renting a weekly room in North Hollywood with no a/c during the summer, where it’s 100 plus degrees daily. When it was good were my days at work and with my friends at the beach or at game nights. That spiritual shift and choosing to remain positive has stuck and I can tell you that by focusing on the end zone and not the play I have seen how my life keeps manifesting.

On the day I was going to give up and move back home, a buddy Geo reached out a mid-ugly cry. We talked and he shared his story; it gave me hope. Geo and his roommates were kind enough to house me for a few weeks as I recharged and found a permanent place.

Before this experience, I rarely, if ever, asked for help. I thought I was not strong if I asked for help. What I learned through my old roommate Hal, Benecia (my prayer warrior and spiritual homie), Merling & Mike, Marco, Rodney and Geoffery is that help comes when we ask for it. My goal is to one day repay the many kind individuals that opened their homes, wallets and their hearts.

My point in sharing this story is to help someone else going through a tough time. Your tough time may not be mine, but it is still a valid journey as mine may not be representative of your tough time(s). Shift your focus, say thank you,