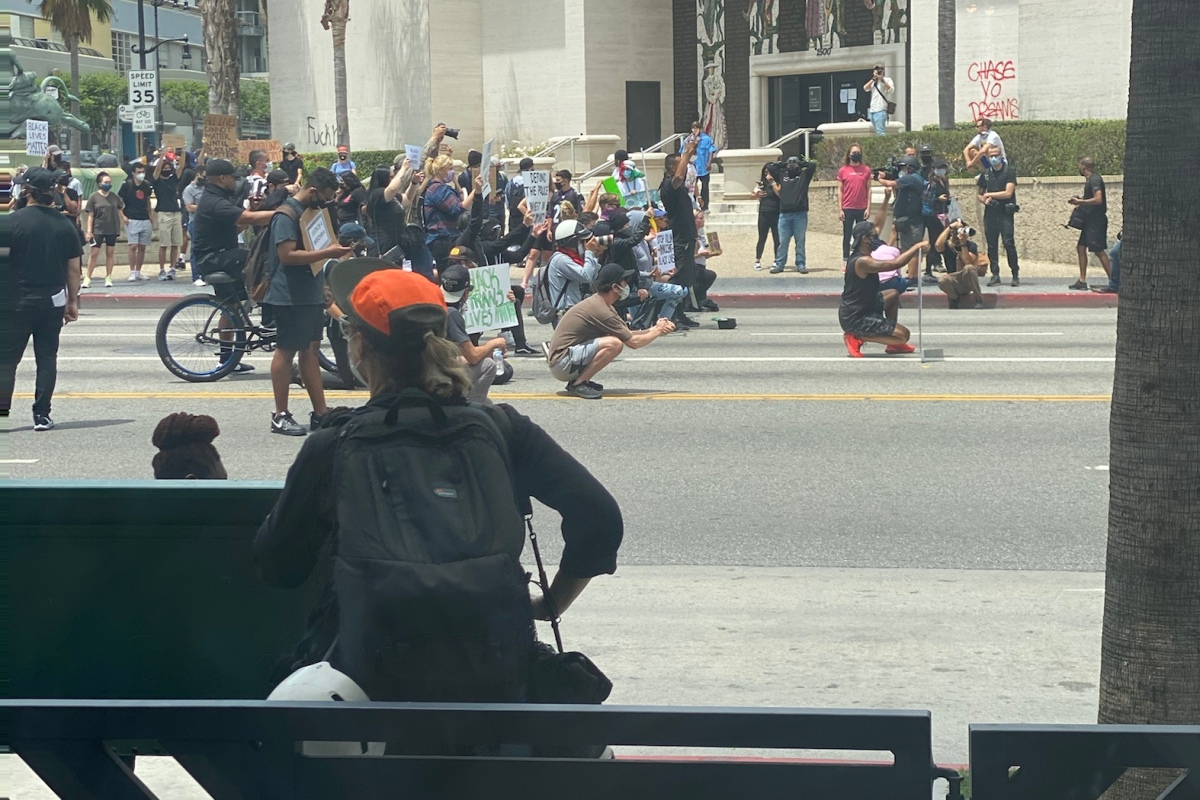 In all honesty, I am not sure what I expected from Drew Brees. He is an amazing quarter back for the New Orleans Saints. But what I was clear on years ago when he initially responded to Colin Kaepernick’s peaceful protest is he was determined misunderstand him.

Drew Brees is the perfect example of a person choosing to misunderstand you because their privilege won’t let them hear you.

Colin Kaepernick and countless other NFL, NBA and NCAA players stated the way in which taking a knee was a peaceful protest for injustice at the hands of police targeting Black people. Interview after interview black person after black person said we are peacefully protesting the disproportionate murders of unarmed black men and women by police with no justice resulting from “investigations” and trials. And in fairness, to the backlash in the last 24 hours Drew is only doubling down on his comments made at the time.

Drew doubled down on those comments almost 2.5 years later knowing these facts:

⁃ George Floyd was murdered in what could have been a simple arrest.

⁃ Since Colin started his peaceful protest, we’ve seen at least 20 incidents in the news reflecting the reason why he protested.

⁃ International protests were taking place and protests in all 50 states in the country he lives in with the focus on murder at the hands of the police. You cannot turn on a news channel or scroll social media without seeing a brand, public figure, or athlete sharing the why.

⁃ He lives and works in a city with one of the highest populations in terms of the percentage of black people. A town that would not be the same without black culture.

⁃ He works with a large group of black people.

Drew Brees values black contributions, black culture, but he does not love the black experience. He gets to grow and he gets to change, but if you can watch countless people be murdered on tv with no justice and then tell people how they should protest, you are part of THE problem. At this point, it is ok for everyone who enjoys the NFL to say they like the NFL so much that there isn’t much they can do that would stop them from watching.

Colin and the numerous others did not loot; they respectfully explained their position and they did not burn down a thing. Yet they’ve all been slandered, riddled with death threats and in Colin’s case denied employment. Black Lives do not Matter to Drew Brees because HE thinks his privilege trumps (no pun intended) black humanity.

It’s been hard to place the emotions, the words and energy accurately throughout the week.

If you are black, you understand what we saw this week is not unlike anything we’ve seen for at least the last nine years, thanks to cell phone video footage. I want to be clear that Black Lives Matter, Black Culture Matter and Black Opportunity Matter.

This week as I spoke to black friends around this country, many voiced a shared sentiment. Most felt unsupported in places we slave at, endure biases and give our secret sauce. Many felt like they were are their breaking point. We felt left out, negated, invisible, undervalued and insignificant despite the MANY contributions we have made. I do not know if it’s intentional; I know it probably was not, but I will say that it does not excuse it.

Far too many people carried on acting as if watching a person get murdered a regular day at the office and maybe it was for non-blacks but for black people we KNOW we could be shot at Walmart, in our homes, while out for a run, our kids can be fired at the park. The cops who kill them won’t see a minute of jail time.

Not acknowledging the damage that watching a real-life human being has their life taken for a possible crime that would have yielded 90 days to five years in prison, max stings in unimaginable ways. You may ask, “what do the two have to do with one another?” Here’s how they’re connected, in companies where there is little to no black leadership or limited diversity; specifically black people, you aren’t engaging in thoughtful conversation of what is going on outside of YOUR circles. I’d say how dare you, but I don’t even think MOST people also consider what happens outside of THEIR box.

I’d like to challenge the non-black people who follow me on my timeline to be INTENTIONAL. Be intentional about advocating for black people (straight and LGBTQIA+) to be considered, interviewed, hired and somewhat developed within your companies, as elected officials and in your organizations. You cannot just hire us as placeholders and try to drain us of the sauce. This country is far too diverse and black people have impacted culture so much that there is no entity that does not have our imprint on it.

If you make a choice to ignore black people, you will find yourself with a situation that has played out in the streets of over 30+ cities in the US and countless international towns. The sauce you want will explode from the unyielding and rarely rewarded pressure and the mess from that bottled up sauce will be on your hands.