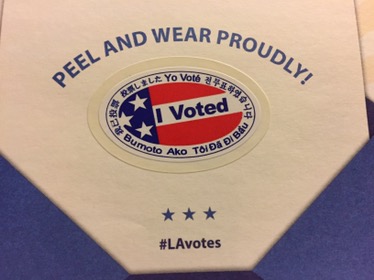 Do you remember what middle school and high school elections were like?

There was a group of students who wanted to work with the administration (principals, assistant principals and/or administrators) to get things accomplished. They campaigned with posters, gave campaign speeches and most times had platforms.

What if our adult political elections reflected those elections? If you recall those elections did not involve political parties, but the candidates were fostered based on the wants or needs of their constituency. However small and however insignificant high school students needs are, that is what happened.
Somehow in our country we have gravitated far from our first example of how politics work. Here are the top 4 reasons why this political season made everyone very angry.

4.) The majority, formally white Americans, is no longer the majority. That is to say America has more Latinos, African-Americans, Asian-Americans and Middle-Eastern Americans than ever before. Within those groups there are a lot of diverse issues each respective group feels are important.

3.) Blanket statements and generalizations are no longer acceptable in our country. There was a time when you could say the Latinos, the Blacks or the Asians. Though I am black I grew up in a middle class neighborhood, I went to a middle class high school and I attended two amazing educational institutions enroute to a bachelors degree. The assumption that the schools I attended were run down and I could get shot going to the store are not only offensive to me, but offensive to the diverse community I grew up in. My neighbors were white, Latino, black, phillipino and black.

2.) A two party system no longer fits our country. It’s obvious. Unlike in high school everyone does not have a candidate they feel feels their pains and understands their needs. It was clear. Many democrats, republicans and independents found common ground on several issues.

1.) Over the next 4-8 years it is clear that we not only need a diversity class for everyone, but we also need to hold those in power accountable. Which may also include terms limits for congress as well. Unlike in high school that administration cannot be fired unless we vote them out. It also seems to be time to reform police accountability laws and to create civilian review boards (with subject matter experts of course).

The most exciting part of this election cycle is, it is over! People will vote today and our country will of course find a way to move forward, but it is clear we need to reassess how we coexist together and how we elect officials. Though #imwithher
I respect everyone’s choice not to be! I may not agree with their reasoning, but our country has to be liveable and beneficial for more than just me.

If you have not voted today maker sure you do! If you have sit back relax and unblock the friends you previously blocked for not thinking like you. 🙏🏾😂😂😂