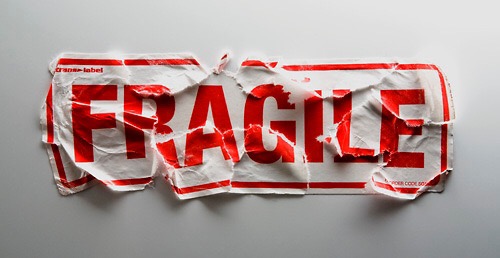 For as long as I can remember, I have grown up around men. Like real man’s men, football-loving, basketball-playing, I don’t mind sweating men or getting dirty men. In the same regard, the men I was blessed to grow up around were secure. They were secure in their masculinity and secure in who they were.

You see, the men I speak of were my grandfather, my dad, my uncles, great uncles, cousins, mentors, and coaches.
As I look back, I can’t remember a time my dad didn’t give me a hug and/or kiss my forehead and tell me he loved me as I departed him. My uncle acted the same way. I was my grandpa’s shadow and he didn’t mind letting me know he loved me.

Yet all these men were masculine, secure, STRAIGHT men! My mentor would provide a welcome hug and handshake; my coaches usually did the same. That set the foundation for me knowing I can be a man and that my masculinity is not attached to the behavior. It is a sense of self. It also taught me what to expect from people who say they care about you.
I opened this post with that background because it seems maybe I experienced a twilight zone movie. More and more on social media, some woman unfamiliar with what it takes to be a masculine and secure man is telling men what acceptable behavior and clothing is for men. When a man is not behaving how these women and men see fit, he is now associated with one of the most unintelligent and juvenile terms used to slander a man. He’s called gay!

Within the past three months alone, I have seen women and some supposedly masculine men refer to men who wear a short and shirt sewn together as “gay.” I have even seen a woman refer to a man who eats brunch with another group of men without a woman as gay.
Men should not be worrying about what another man is doing that makes him happy and fits his life. I cannot understand how a woman or man, someone who is secure in themselves and satisfied with their life, would be worried why another man has on shorts with a shirt or why that man is brunching with another group of men.

Besides that, breaking bread, as it’s commonly called in educated circles, is a way for many people to connect, be it socially, be it for business, be it spiritually. It seems many are unaware of ways to do business and thus stagnant professionally, socially, and spiritually.
Though I may not wear a romper or romp him, what another man wears will not impact my paycheck, it will not make me uncomfortable, and I do not have time to be worrying about what they do with their body and their clothing that they paid for and work for.

Next, STOP using terms like GAY to describe someone’s actions or as a slur. Other adjectives fit and they are a bit more intelligent. Find something that speaks to what you are trying to say. Using the term gay as a slanderous term reduces your intelligence level down to a kindergartener or first grader and even then, we should teach our children that there are better words for use to describe individuals. We should even teach our kids that name-calling is not acceptable.

As I sit back, I now realize why it is so hard for many of the great straight men I know who are secure to meet, date, and marry. If they are labeled gay for having taste, being cultured, having brunch with their fraternity brothers, colleagues, and friends, what hope do they have? My mentor had hosted brunch for men to connect and discuss ways in which we can work together for quite some time and those relationships he has fostered have provided a brotherhood of men from various walks of life in a multitude of career fields and helped entrepreneurs across this country. Some of you ladies are missing your King because he wore a romper and had brunch with the fellas while drinking champagne and not a sagging while drinking a Old English sitting in the backyard.

To close this, I think it would serve us a lot better as a generation and a society if we started working together instead of marginalizing one another. We should be learning about one another and working to make the world around us better for the next generation. That means making sure that we are mobilizing for our next election, voting in local elections and keeping those we vote for accountable.